I know, it’s the 2nd of August already. July has been and gone, also my 40th birthday is eating my dust. In total honesty July was a tough month, what with that heat, working and running in it. Not being able to run with the boy, so two walks and my run most day’s. Also running at altitude after biking at altitude in the Alps and riding the amasing L’etape event. What a awesome week that was, loved every minute and spent it with some great friends. They helped to make my birthday really special, eternally grateful. Also I need to thank Babs, for being cool with me being away on my big day. In all that excitement, I was sad. Even though I was surrounded by amasing views and great friends. I wasn’t with my wife and my boy. So it was definitely a day of mixed emotions. I’d also say it’s took me until the last couple of days to recover from that week. I’ve found my motivation has dropped since my birthday too, maybe a subconscious thing. I’m slowly getting on top of that though and August is gonna see some structured training. Only 8 weeks this Saturday till the Snowdon Ultra 🏔️.

So after another very warm and humid day, I got home and did the worst thing. Sat down with a coffee. So I hatched a plan. As Babs was finding walking painful and didn’t want to walk far. Also it’s still too warm to run with the boy. So I drove us to Orton mere, so Babs can take the boy to the river for a swim and I can run. Off I go, in the opersite direction. This is where Jackson whimpered, continuously. It was so hard not too but I didn’t look back. 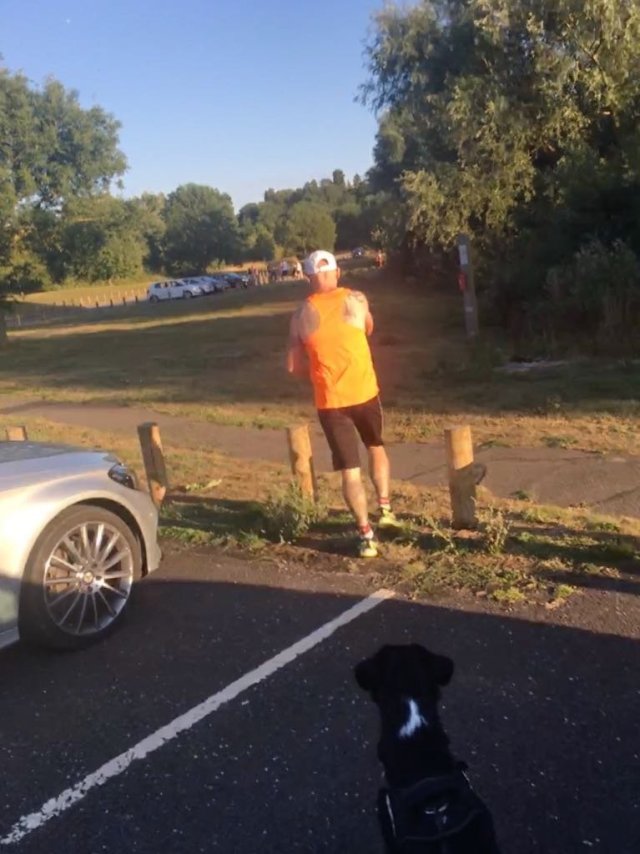 I could hear him for what seemed like ages. Very nearly turned round to go back, poor lad. He doesn’t know why he can’t join me. Haven’t been able to take him to work with me for weeks, plus not running much with him because of the heat. He must think he’s done something wrong 😔. He was on my mind for most of the way around Orton woods. So instead of doing a long run and meeting them at home, I’ll run through ferry meadows and back to them. Yeah I liked that plan, then I can have a little run with JB. I realised I’m in a good flow, so I keep that going. The trail feels extra flowing tonight, definitely in the zone. Out onto and across Oundle road and head through to the park. Over the NVR track and over the little bridge. Feeling good, I pass the long boats and bird hides. In my own world and stopped feeling bad for leaving the boy. I’m heading to him after all. Over the 2 wobbly bridges and turn right, along the single-track and onto the edge of the golf course. I pass 2 large gents walking, obviously trying to loose some timber. For some reason though, I started to worry incase they’d hurt Babs and the boy. Don’t ask me why as I don’t know. It just got into my head and I couldn’t shake it out. So I upped my pace until I found them safe and sound. Stupid Stevo. They we’re both glad to see me. I did some out and backs with the boy but he got bored of that and wanted to be with mum ha ha. 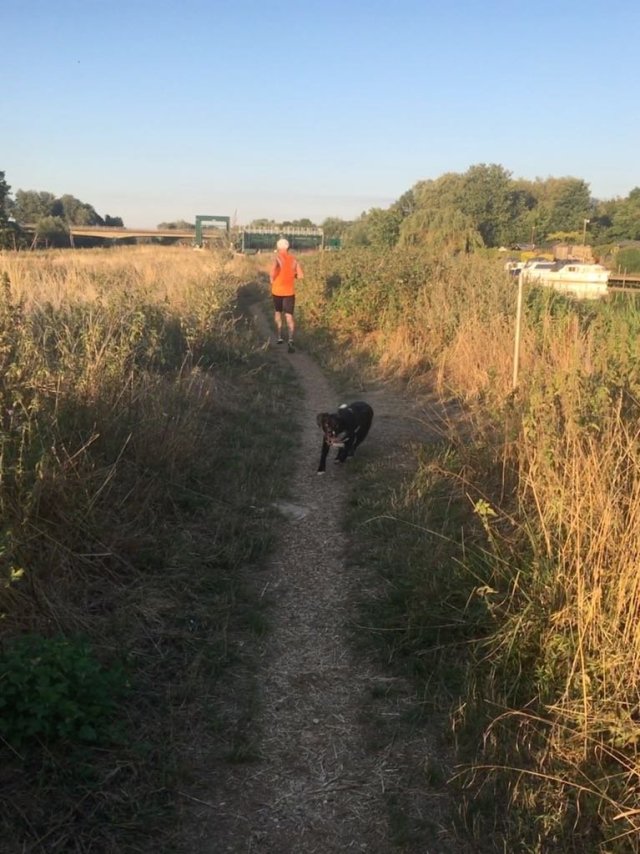 I was glad to stop though as my bite was irritating me, not as bad as Bab’s monster but still doing my head in. 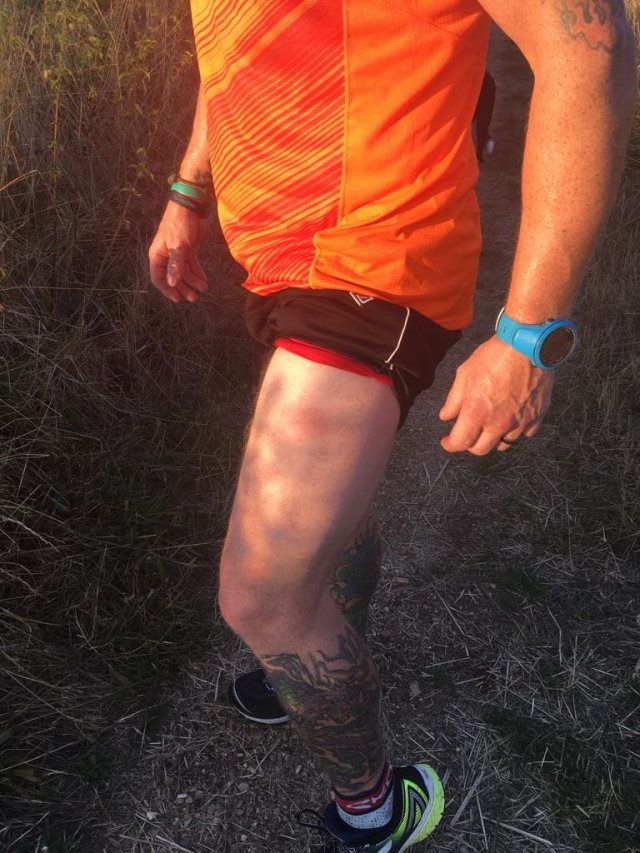 We walk back to the van and drive home. Babs ordered an Indian and we both had showers. The boy had his food first though as always 👍.